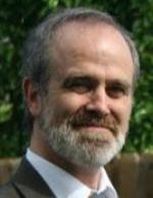 Terrence Deacon is professor of Biological Anthropology and Linguistics at University of California- Berkeley. His research combines human evolutionary biology and neuroscience, with the aim of investigating the evolution of human cognition. His work extends from laboratory-based cellular-molecular neurobiology to the study of semiotic processes underlying animal and human communication, especially language. He is the author of The Symbolic Species: The Co-evolution of Language and the Brain. 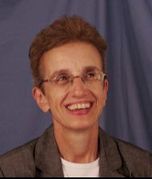 Ilia Delio is a Franciscan Sister of Washington, DC and holds the Josephine C. Connelly Endowed Chair in Theology at Villanova University. She earned doctorates in pharmacology from Rutgers University-School of Healthcare and Biomedical Sciences and in Historical theology from Fordham University.  She is the recipient of a Templeton Course in Science and Religion award and the author of seventeen books including The Unbearable Wholeness of Being which won the 2014 Silver Nautilus Award and a Catholic Press Association Book Award.  She lectures nationally and internationally on topics including evolution, artificial intelligence, consciousness, culture and religion. 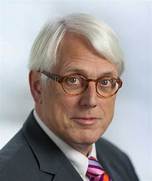 Willem B. Drees is Professor of Philosophy of the Humanities and dean of the Tilburg School of Humanities in the Netherlands, where his inaugural address "Naked Ape or techno sapiens? The Relevance of Human Humanities," argued for the necessity of the humanities in guiding humans as biological, cultural, and technological beings. Drees is the editor of Zygon: Journal of Religion and Science. He is interested in the impact of the humanities and sciences on human self-understanding and ideas about morality and meaning. He is the author of many books, including Religion and Science in Context: A Guide to the Debates and  Religion and Science and Naturalism. Drees was trained as a theoretical physicist and has doctoral degrees in both theology and philosophy. 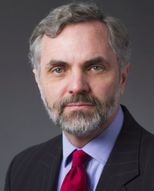 Oliver R. Goodenough is Professor of Law at the Vermont Law School and Director of the Center for Legal Innovation at Vermont Law School. He is affiliated faculty at Stanford’s CodeX Center for Legal Informatics, Research Fellow of the Gruter Institute for Law and Behavioral Research, and an Adjunct Professor at Dartmouth’s Thayer School of Engineering. Goodenough’s research, writing and teaching at the intersection of law, economics, finance, computation theory, neuroscience and behavioral biology make him an authority in legal innovation. In the business world, he is a cofounder of Skopos Labs, Inc., which applies advanced AI to questions of law and policy. Goodenough’s publications include a letter to Nature on mind-viruses (coauthored with Richard Dawkins) and an issue of the Philosophical Transactions of the Royal Society B on law and neuroscience (co-edited with Semir Zeki). He received his B.A. from Harvard  and his J.D. from the University of Pennsylvania. 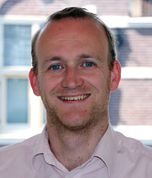 Stefan Leijnen is director of the Asimov Institute and lecturer of Artificial Intelligence and Game Development at the Amsterdam University of Applied Sciences. He is interested in the philosophy and practical application of machine learning models for creativity, teleology, and language comprehension, and author of “Creativity and Constraint in Artficial Systems”. In 2016 he founded the Asimov Institute, a collective of artists, scientists and engineers exploring creativity in artificial intelligence. Since 2017 he has been CTO for War Child, an international NGO providing game-based educational programs for conflict-affected children in Africa and the Middle-East.

Solomon H. Katz is professor of anthropology and director of the Krogman Center for Childhood Growth and Development at the University of Pennsylvania. His work in the field of science and religion spans over 30 years with leadership in the Institute for Religion in an Age of Science (IRAS), as associate editor of Zygon: Journal of Religion and Science; and as a participant in the American Association for the Advancement of Science’s Dialogue Between Science and Religion. He is founding president of the Metanexus Institute and served as President of IRAS (1978-1984). 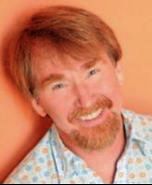 Bruce Naylor served on the computer science faculty at Georgia Tech and the University of Texas at Austin and headed the Games and Simulation Program at Deary University in Austin. His work in computer graphics had a major impact on the computer games industry starting in the 1990s, providing the catalyst for the transition from 2D to 3D games. His research on computational cognitive neuroscience is being used to develop a new approach for treating PTSD. He is currently working on technology for Augmented and Virtual Reality as part of Streaming Curiosity, a startup that he co-founded. Naylor conducts a Science and Religion monthly seminar at the First Unitarian/Universalist Church of Austin. He has academic degrees in both philosophy and computer science. 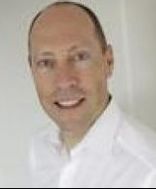 Arthur Petersen was recently appointed as the new Editor-in-Chief of Zygon: Journal of Religion and Science. Since 2014, he has served as Professor of Science, Technology and Public Policy at University College London, playing leadership roles in the build-up of the new Department of Science, Technology, Engineering and Public Policy, where he continues to fill the roles of Director of Doctoral Studies and Departmental Graduate Tutor (Research). This follows more than thirteen years' work as scientific advisor on environment and infrastructure policy within the Dutch Government. He has served as Professorial Fellow at the Dutch National Institute for Public Health and the Environment RIVM and Visiting Professor at the London School of Economics and Political Science. Most recently, he served as Chief Scientist of the PBL Netherlands Environmental Assessment Agency.  He is a Visiting Fellow at Osaka University and Research Affiliate at the Massachusetts Institute of Technology.
Copyright 2018 by The Institute on Religion in an Age of Science