Matthew Fox holds a doctorate in spirituality from the Institut Catholique de Paris and has authored 32 books on spirituality and contemporary culture that have been translated into 60 languages. Fox has devoted 45 years to developing and teaching the tradition of Creation Spirituality and in doing so has reinvented forms of education and worship. His work is inclusive of today’s science and world spiritual traditions and has awakened millions to the much neglected earth-based mystical tradition of the West. His student wrote a large portion of Pope Francis’ Laudato Si, On Care for our Common Home. Among Fox’s books are: A Way to God: Thomas Merton’s Creation Spirituality Journey, An Original Blessing, The Coming of the Cosmic Christ, and Meister Eckhart: A Mystic-Warrior for Our Times.

Ellen Kennedy will be joining Matthew Fox weaving the threads of creative experience into the fabric of our gathering through the gift of Sacred Circle Dance (SCD). Each simple dance is taught. Ellen was trained and certified at The Findhorn Foundation in Scotland and teaches Sacred Circle Dance in the US and internationally. She is known for her ability to incorporate Sacred Circle Dance as a centering and grounding force building community in group dynamics at retreats and conferences. “Sacred Circle Dance is a delightful way to access free energy” Briane Swimme, cosmologist, “Ellen, queen of the dance – what beauty, love and guidance you bring through us all.” Joan Borysenko, PHD. scientist

Solomon H. Katz is director of the Krogman Center for Childhood Growth and Development at the University of Pennsylvania. Katz is also a leading expert on the anthropology of food. His work in the field of science and religion spans 30 years with leadership in the Institute for Religion in Age of Science (IRAS), in which he served as president from 1981 to 1984, and as associate editor of Zygon: Journal of Religion and Science. A member of the PCRS board, Katz also serves on the board of the American Association for the Advancement of Science (AAAS) and serves on several committees including the Dialogue Between Science and Religion.

Bill Shoemaker is a neuroscientist who received his Ph.D. from the Massachusetts Institute of Technology (MIT) and has held positions at the National Institute of Mental Health, the Salk Institute in La Jolla, CA, and currently at the University of Connecticut Health Center in Farmington, CT. He is in the Psychiatry faculty, where he teaches residents and medical students, and in the Neuroscience Graduate Program. He has authored more than 100 scientific research publications. Recently, Dr. Shoemaker has been writing concerning the interface between neuroscience and religion.

Chaplain Rev. Dr. Mary E. Westfall has been Senior Minister at Community Church, UCC, Durham, NH, since 1999. Her commitment to the environment, along with her interest in the emerging dialogue between religion and science, led her to pursue her Ph.D. at the University of New Hampshire Natural Resources Program. Mary was the Executive Director of the United Campus Ministry and Chaplain to University of New Hampshire for 11 years. She was Associate Pastor at West Park Presbyterian Church in New York City. 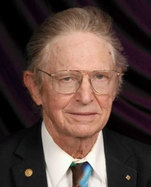 Conference Champion, Paul H. Carr B. S., M. S. MIT; Ph.D. Brandeis U, IEEE Life Fellow. The Templeton Foundation awarded Paul grants for the philosophy course "Science and Religion” he taught at U Mass Lowell, 1998 – 2000. This inspired his book Beauty in Science and Spirit (2006). From 1967 to 1995, Paul led a branch of the AF Research Laboratory, which investigated microwave ultrasound and SAW (surface acoustic waves). His over 80 scientific papers and 10 patents have contributed to new components for radar, TV, and cell phones. He has participated in climate change debates at the American Physical Society and IEEE Conferences and published “Weather Extremes from Anthropogenic Global Warming” in Natural Science (2013) His home page is www.MirrorOfNature.org 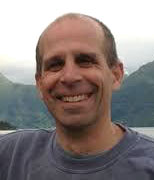 Robert S. Pickart, Ph.D. in physical oceanography from MIT and Woods Hole Oceanographic Institution, is a Senior Scientist as Woods Hole.  He studies the structure and dynamics of boundary currents, ventilation and deep convection, and shelfbreak processes in the Eastern Artic between Greenland and Iceland and in the Western Artic—Chucki and Beaufort seas. He is the author or co-author of 108 refereed scientific publications.  As the Senior Scientist on his long research cruises he supervises teams of researchers and also online education for grade school students. An example of work from one of his cruises is Ice Station Practice.  In 2011 he was awarded the Columbus O’Donnell Iselin Chair for Excellence in Oceanography. 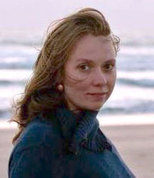 Emily Austin is an ecosystem ecologist and a soil biogeochemist interested in the interactions between abiotic and biotic components of natural and managed ecosystems especially in a context of global change. Her work has focused on the response of soil microbial communities to multiple climate drivers and elevated CO2- the response of carbon cycling to experimental warming and soil carbon responses to the use of cover crops in a bioenergy system.
​ ​
Copyright 2018 by The Institute on Religion in an Age of Science